Page & Rogers, P.A. was originally founded by Ellis E. Page, Jr. and W. Earl Britt on June 21, 1976 as Page & Britt, P.A., a professional association, in the City of Lumberton, North Carolina. The law firm has evolved through the years and on June 8, 1993 was renamed Page & Rogers, P.A. with Richmond H. Page and D. Jeffrey Rogers as the principal attorneys. It has a long history of service to Lumberton, NC, Fairmont, NC, Robeson County and beyond in the general practice of law. More recently the law firm has focused on family law and estate administration. 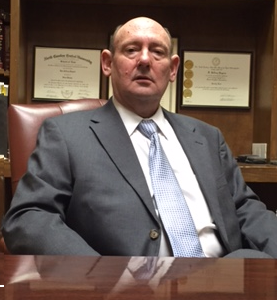 D. Jeffrey Rogers
Practice Areas: Family Law (Formerly Board Certified) & Estates.
He was born in Lumberton and attended the Fairmont City Schools, graduated from University of North Carolina at Pembroke (BA, 1977), and obtained his Juris Doctor from North Carolina Central University School of Law (1982) and was a member of the legal fraternity Phi Delta Phi, Turner Inn. Admitted to the North Carolina State Bar in 1982 and the Eastern District of North Carolina Federal Bar in 1966. He is a member of the Robeson County Bar, 16-B Judicial District Bar, North Carolina State Bar, NC Bar Association and the NC Academy of Trial Lawyers. He was a Family Law Specialist having earned his Board Certification as a Family Law Specialist by the N. C. State Bar of Legal Specialization in 1995 and recertified in 2001. It was not renewed. 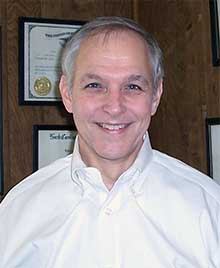 Richmond (Dick) H. Page
“Of Counsel” Attorney
Practice Areas: Estates (Robeson County Co-Public Administrator), Business & Real Property.
He was born in Lumberton and attended the Lumberton City Schools, graduated from Patterson School (High School, 1966) and Campbell University (BS 1966), and obtained his Juris Doctor from Wake Forest University School of Law (1973), a member of the legal fraternity Phi Delta Phi, Ruffin Inn. Receiving his North Carolina law license in 1973, he returned to Lumberton to practice law with his father. Later he was admitted to the bar of the United States Eastern District of North Carolina. He is a Past President of the Robeson County Bar and the 16-B Judicial District Bar; in addition he is a member of North Carolina State Bar and NC Bar Association. He was formerly an interim City Attorney for the City of Lumberton and Town Attorney for the Town of Fairmont. He presently serves as the Chairman of the Board of Adjustment and the Planning Board for the City of Lumberton. He is an Eagle Boy Scout with God and Country Award. An active member of the community serving in his church choir and various other positions in the past. He is married with four children and five grandchildren. After several years as a title insurance company president and counsel, he has returned to the law firm as “Of Counsel” attorney status.

Susan S. Burriola and Penny S. Oxendine keep the office running. Each are knowledgeable in the areas of law which they assist the attorneys and have earned the recognition of a North Carolina Certified Paralegal.

Call and let us help you today!